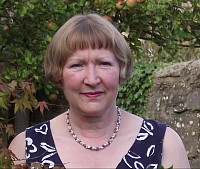 My name is Marion Moverley and I am a local and family historian and adult education lecturer and lived in the Yorkshire Dales until recently but now live down on the Vale of York. I have been researching the families of East Witton for many years, and studied the population of Coverham, Middleham and East Witton as part of a post graduate degree at Leeds University.  If you have ancestors from East Witton do contact me, and do join the Upper Dales Family History Group. You will find others who are researching families from this delightful part of the Yorkshire Dales.

The Anglican Baptism Registers for East Witton record 296 different surnames between 1664 and 1900. I can't tell you about them all, but I hope that you will find some snippets of information in these pages that will be of interest. 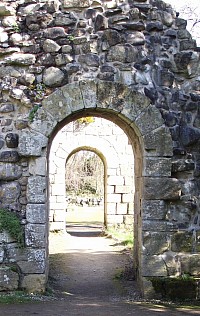 The history of the village of East Witton in the North Riding of Yorkshire is linked closely with the Jervaulx estate. The Abbey moved to East Witton from higher up Wensleydale and became an important Cistercian Abbey. When James VI of Scotland became James I of England the Jervaulx Estate was given to the family of Bruce, who later had the title Earls of Ailesbury. The fortunes of East Witton are linked to this estate.

Not all East Witton parish was on the Jervaulx estate, the parish also incuded part of Colsterdale which was on the Swinton estate, owned by the Danby family of Masham.

To look around East Witton now you would not imagine that there had been both coal and lead mines in the parish, they were worked out and closed in the 19th century, and the mining population either moved away or turned to farming.

Some of the surnames that appear throughout the history of East Witton are : -
Ascough - with many variants on the spelling : Askwith , Asquith, Aiscough, Askew - This family were at Newstead, which had been a Grange of Jervaulx Abbey, as early as the 1500s. Henry Askewith was a receiver and bailiff at Newstead at the time of the Dissolution of the Abbey and he left a will in 1561. A Lawrence Askwith of Newstead kept the accounts of lands at Ellington and Ellingstring which were in the hands of the Crown between 1539 - 1541, and he made a will in 1548.
Croft - several branches of this family lived in East Witton village and in the area of Colsterdale called Birks. The Crofts were in East Witton in the 16th century, and from here they spread to other parts of the Yorkshire dales, and even to New Zealand when two brothers, Thomas and Francis Croft, sons of Thomas and Ellen nee Falshaw,  emigrated from Sowden Beck in the 19th century. A Thomas Croft of East Witton left a will in 1579 leaving children Richard, Henry, Dorothy and Elizabeth. And so the Croft family continued right through the history of East Witton.
Graham - a very numerous family indeed who mostly lived in the area of Colsterdale called Birks. Some were farmers and some were colliers. A memorial in East Witton churchyard records Erected by Jonathan and Mary Graham of Coulsterdale as a small tribute of their esteem in memory of their beloved children, of Jonathan who died 3rd February 1845 age 17 years, also of Joseph who died 19th February 1845 age 4 years, also of John who died 2nd April 1845 age 20 years.
Rider / Ryder - a name associated with Coverham parish, but also occurs in East Witton. Robert Ryder was a Churchwarden at East Witton in 1671. Christopher and William Rider both paid tax for two hearths in East Witton in 1673.

Thwaite - was not such a numerous name in the Parish Registers, but one with a long history. Matthew Twaith was a Bailiff of the Monastery of Jervaulx at the time of the Dissolution, and James Twaytes of Kilgram left a will in 1554. The memorials in the old  churchyard record that Richard Thwaites who died in1773 aged 68 years was a Collector of Excise.
Topham - a name that occurs in Coverham and Middleham as well. The East Witton Tophams were tanners and a William Topham, tanner, had served as Constable in 1649. He left a will in 1666 naming his heir as his son William who inherited his land, bedstead and bedclothes, his waingear, plowgear and cartgear. He also had a grandchild called William Topham who benefitted from a house and more land, his remaining son, Thomas, and two daughters Elizabeth and Ellen were also beneficiaries.

There are many more interesting families, if you are descended from someone in East Witton please email me